Poor conditions at your hotel, resort or cruise ship can lead to you and your family contracting Legionnaires’ disease while on holiday.

The two main factors that help Legionella spread are a water temperature between 20 and 45°C and a food source in the water for bacteria such as limescale, rust or algae.

Large buildings such as hotels, spas or even museums are at a greater risk of contamination with the Legionella bacteria. This is because of their complex water systems.

The harmful Legionella bacteria can result in suffering a bout of Leggionaires’ disease. Within a short period of time, it could put a stop to your holiday enjoyment.

If you have been affected, get in touch with our specialist holiday disaster solicitors today. The Legionnaires’ disease is usually preventable and if it was caused by the negligence of another party while abroad, you may be entitled to compensation.

Initial symptoms are usually flu-like. They include mild headaches, muscle pain, fever (usually 38C or above), chills, tiredness and even changes to your mental state, such as confusion.

It is understood that Legionnaires’ disease is a type of pneumonia caused by the Legionella bacteria. You usually get it by breathing in mist from water that contains the bacteria.

The mist may come from:

The bacteria don’t spread from person to person. 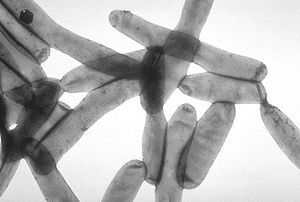 Certain groups of people are at an increased of contracting Legionnaires’ disease. They include people aged 50 and over, and people with underlying medical conditions, such as diabetes, kidney disease, or a pre-existing lung condition.

Individuals with weakened immune systems, e.g. people on certain types of cancer treatment, smokers (or people who smoked heavily in the past) and heavy alcohol drinkers are also at higher risk.

Contracted Legionnaire’s Disease while on holiday? Ensure you do the following

Mallorca (Majorca) is one of Spain’s Balearic Islands in the Mediterranean.

Back in 2017, the regional government of Palmanova confirmed positive Legionella samples in a hotel and other establishments in the area. The spread of the bacteria resulted in as many as 20 British travellers contracting Legionnaires’ disease. The report came while we were already dealing with holiday illness compensation claims in this area. This shows it was not an isolated incident.

Although the Legionella bacteria are not particularly common to any part of the world, hotter climates (such as Mallorca) that rely heavily on air-con, could be seen to present a higher risk.

Due to this, low standards at any package holiday destinations could result in the Legionnaires’ outbreak.

If you contracted Legionnaires’ disease while on holiday or have suffered from food poisoning or sickness on a package holiday in the last 3 years, you could be entitled to compensation.

The amount of compensation you can claim depends on the length and severity of your illness.

Your settlement will be dependent on your individual case.

Contact us to get a free assessment of your case.

We are an experienced firm of personal injury solicitors based in Manchester.

We have a dedicated holiday claims team waiting to fight your case. Our team can handle the entire legal process on your behalf.

As we operate on a No Win No Fee basis, we do not charge upfront costs so you have nothing to lose. As our initial consultation is free of charge, it is the easiest way to check your eligibility for compensation from your holiday provider.

We will be honest about your chances of winning and only take on cases we will succeed in getting you compensation for.

If you would like to discuss your Legionnaire’s Disease claim, get in touch with our team.

If you would prefer us to you at your convenience, fill in our contact form and we will get back to you.